An electrical switch can be used as a floor mounting starter button for connecting into starter/battery cables. It can also be used as a battery master switch which bolts on to the battery post. Also used as a brake light switch and as a neat little toggle switch with green neon in the end of the toggle which lights up when the power is turned on.

A used electrical switch also serves the purpose of a dimmer switch. In this function it is used to turn headlights of the cars to the high beams or to the low beams. Low beams are required when there is traffic. This type of electrical switch is located on the turn signal switch behind the steering wheel.

Numerous online locator services help you to search for used electrical switch. The online locating services are free of cost and available 24X7. It helps you to avoid searching aimlessly and saves time and money as well. 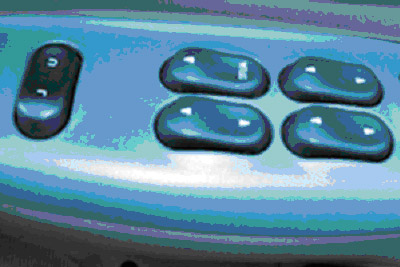 The world isn't the same as it was fifty years ago. We're on the brink of a global disaster with warming and pollution. At Automotix, we take these things into consideration and have delivered cost-effective, eco-friendly options for the many consumers out there. Automotix does its part to help the environment by recycling used parts and keeping junk scraps - rubber, metal, and plastic - out of the environment.

The United States is one of the largest producers of non-degradable scraps. As citizens, we it to ourselves to do our part to reverse this trend - by purchasing used parts from Automotix, you're not only saving money, you're helping to heal the environment.

Find below some examples of used Electrical Switch requests

This complete guide is filled with valuable tips on how to buy used parts, where to look for quality salvage parts, how best to determine a fair price, ways to validate salvage yards, and how not to get ripped off by fraudulent wrecking yards. A must have for anybody buying parts.
Get your copy now!